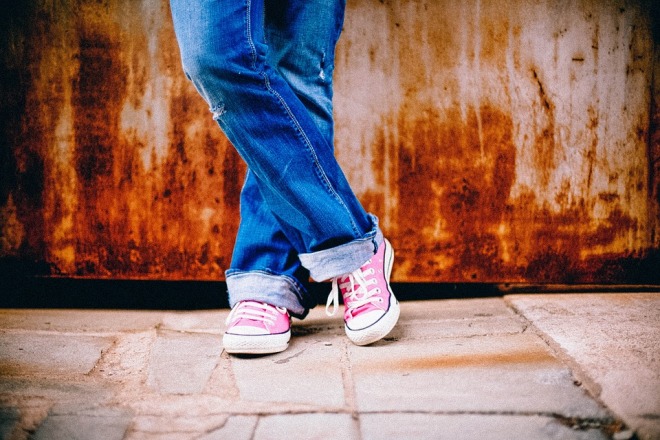 One on one time is hard in my house. Its one of the pitfalls of having 5 kids. Its especially hard for my oldest girlie. She is at least 5 years older then the next kiddo and the only girl. Its a double whammy of feeling like she is on the outside. Because of this I work extra hard to make routine things special.

A few nights ago we had the perfect opportunity. We went to Wal-Mart. I know. Hear this though… it was amazing.

We went later at night after I got the others to bed. Just going somewhere by ourselves was a total treat. We took our time. We analyzed the pros and cons of every lip balm in the joint.

We smelled every single candle and ranked our top three. We laughed so hard people were staring. We went to the clothing department and put together our favorite out fits for her and since it was only $10.00, we bought one. She is a water bottle junkie so of course we had to spend a lot of time checking those out. She picked out a Paw Patrol poster for her brothers and spent her allowance money on an awesome poster of Rey from Star Wars the Force Awakens.

I was so proud of her passing over the tween Disney shows I almost exploded.

We picked out our favorite Pringles and all of a sudden two hours had gone by. It was so needed for both of us. There wasn’t a goal in going. We didn’t spend a ton of money,  we had so much fun and it was a surprising memory that I will have forever.

you only live once, do it in style

Because we’re all recovering from something.

Surviving the disasters of life by oversharing

Can Anybody Hear Me?

A dad coping with fatherhood, stylishly.